From Cursed Armor Wiki
Jump to navigation Jump to search

You will find all Cursed Armor II endings in this page and what to do to trigger them.

ABOUT CURSED ARMOR II ENDING SYSTEM : If you Trigger a bad ending, you have 3 options :
- Go back Before you trigger the ending. You will time travel before the bad ending and keep exp, stats and item you gain with the ending. BUT you can trigger this only 3 time per run. After this, you will have to start from the begining. Note that if you have a Wolf God Artifact in your inventory, you will spend it to save a try
- Go back to the begin of the game will teleport you at the very begining of the game as a new game +. You will keep your level and items you got.
- "nothing matter now" will lead to a game over (and send you back to the main menu)

Plus, according to which Crystalisation you have in your inventory, you will gain some sets. See the Item and Equipment page to see what you can have with which ending. 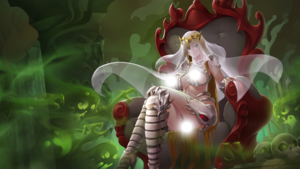 To trigger this ending, you must serve Ganon King until the option "become Queen Ganon (END)" on the trone is available. Lilina will be dominated by Ganon King and become his wife. Ganon King will raise his Undead Kingdom once again and sign an alliance with Inma's king. You have two options for this end. The "undead" option will show you a living Lilina and you will be able to understand what she says. However, a living being version show you a skeleton and you cant understand what Lilina says. CG changes according to which option you take.

This end will give you Queen Ganon Crystalization. This item create Lilina's illusions in the castle, where she is Queen Ganon. She shows you the way to exit the castle. One of them also allows you to change Lilina's CG on the screen (body, hair, face, etc). You will also gain the Ganon Queen title. 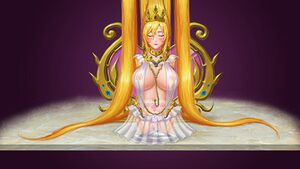 To Trigger this end, you must win the "Beast Lady" Arena and accept to follow Rekkem during night. After the scene with Barrock, choose to "wait for your limbs" or summon the Beast Chain and loose the fight.

Just like for the Ganon Queen end, you have two points of view but the end is the same : Sofia will be raped until she loose her mind and accept her fate as a part of Barrock's collection. She will be used by Barrock and his minions as a sex toy and will enjoy it.

We only gonna talk about the end who give a "game over", the Owen Good end. To trigger this end, you have to force Charles to drink Anti Love Potion then go talk to Owen and accept to marry him. The king wont allow it but and, when Sofia will say she's pregnant, he will have a Sheer Heart Attack. His son will come to the palace take the Legacy and will banish Sofia who will live with Owen to Anvil. Owen will become the Jarl of this city. Sofia will have sex with him and Ilse each day until, driven by the Immorality Curse, she believe she's Cecilia and act like this until her death.

This "good bad end" give Lord Lady's Identity and Owen's Love sex title, You will also get an "Useless Crystalisation". 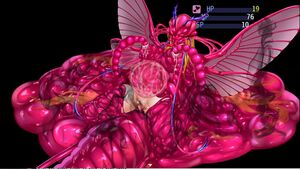 To reach this ending, you have to go in the corroded zone in the Worm nest, where corroded worms are walking. Dont bring your baby and let corroded worm catch you twice to be send to their birth zone. After two birth, you will have a choice : try to escape, become Overlord Queen or pay. Overlord Queen choice bring you to the end where you can see Overlord Worm submit his mom and use her as a seedbed to give birth to more and more worms who will push Worm Kings to get out and invade the world....

This bad and will give you the Crystalisation of Overlord Queen who will summon ghost of Sofia under her Overlord Worm form. There is two ghosts in the nest, near to the corroded zone and a third at the nest entrance. This last one allow you to change Overlord Worm form (hair and stance) 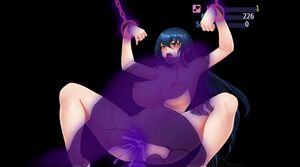 This ending occure after Overlord Worm line (begining of Betrayed part). If you submit to Ferdinand or fail to beat him in the fight, this ending will occure. It will also occure if you win against Ferdinand, but it wont really be an end since you will keep playing.

Ferdinand will have a contract with Lilina and summon Ariana's soul. Ariana will take possession to Lilina's body and kill Ferdinand. Then, Ariana will sense Lilina's soul in her and ask to Daesala to fix her soul and put her back in her body. Daesala will fix Lilina's soul but wont send her back, he will keep her as a slave. Ariana will live for her, fixe Sofia's Soul and keep wandering around the world, like when she was alive before... 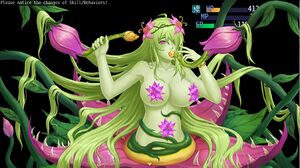 To get this end, you must do the Artifact Line until you fight the Mandragora. No matter if you win or loose, you will get caught and face "???". No matter which choice you will take in the first question, this is the second and last who matters: select the second option twice and you will have this end. Lilina will merge with a flower and become a Mandragora, living for the Treant.

If you spare Beryl and defeat the succubi King (then Beryl, but you still have to spare her after this), you will reach the Good end of this line : the Queen line.

You will become the Queen and absorb the Demon King. To keep him sealed, you will have to have sex to gather Sexual Energy. But Lilina will choose to stay virgin. According to the choices you made, the end will sightly change : Lilina can fall in love for Ferdinand, Jeane, Samja (not available yet) or Stay alone...

This good end will give you two titles (Queen of Empire and succubus queen), the Succubus Queen form (and the item who allow you to customise it) and a sex title if you marry with Ferdinand (Ferdinand's lover) or stay alone (Thousand Years Virigin).

Retrieved from "https://cursedarmor.miraheze.org/w/index.php?title=Endings_(Cursed_Armor_II)&oldid=938"
Cookies help us deliver our services. By using our services, you agree to our use of cookies.